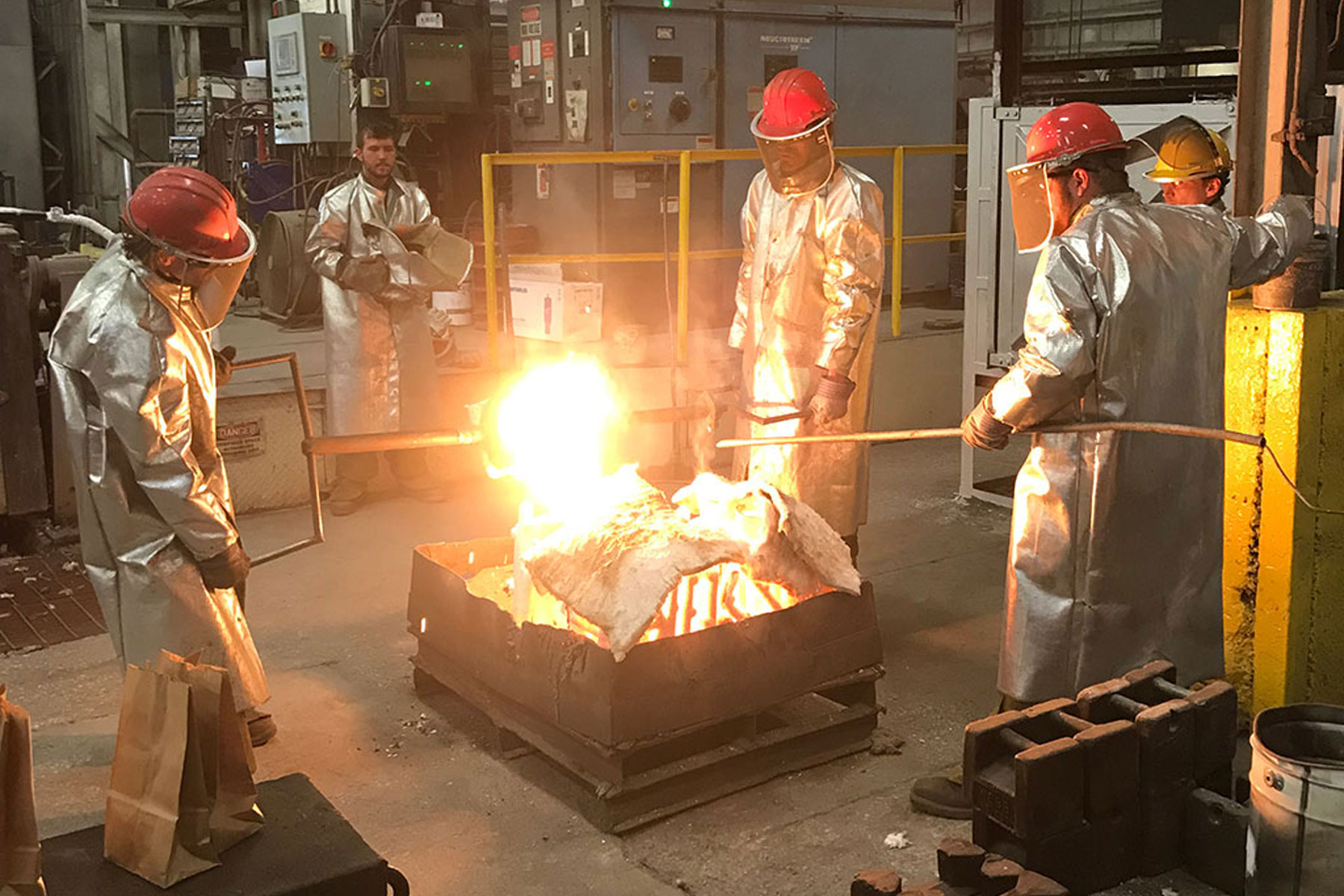 The Monett Metals’ team had a rare opportunity when they were approached by the 9/11 Memorial & Museum to support creation of a memorial for 9/11 first responders, survivors and members of the Manhattan community. Years after the 9/11 attacks, tens of thousands of people continue to struggle with medical conditions or have died due to 9/11-related illnesses caused by exposure to toxins in the aftermath of the attacks. The 9/11 Memorial Glade is a tribute to all their dedication, perseverance and courage.

The 9/11 Memorial Glade’s design includes six stone monoliths bordering the sides of a pathway in the Memorial plaza. Each monolith is in the shape of a ramp. The shape and location draw reference from the ramp used during recovery operation at ground zero. Additionally, the ramp shape is intended to symbolize the resilience of the first responders facing life threatening or life ending medical conditions.

Each of the monoliths incorporate metal straps that bind the stones together. The artists intended the binding to symbolize human resilience. Each metal strap is unique and fits together to complement the stonework. The straps were cast from structural steel recovered from the twin towers. Monett Metals’ role on the project was to melt the twin towers steel and cast the metal pieces as required by the artists’ design.

Mike Renfrow, the foundry’s General Manager, was very excited and knew it would be a great honour for the company as well as for the individual workers to participate in this project. Once the material arrived, the importance of the project began to sink in. As the team opened the crate, they saw twisted steel recovered from the fallen towers.

“It was a very somber and awe inspiring moment. As we prepared to melt the material, I gathered the crew onto the melt deck. Since some of the guys were in their early twenties and had no personal memory of the attack, I explained where I was on September 11th and the gravity of what we were about to do. My melt manager, John Hammond, likewise recounted his memory of that day as we tried to instill a sense of reverence before we began. Finally, before we started the melt, we removed our hard hats and I led the team in prayer.”

This job had considerable risk since each piece was unique and there was no opportunity for replacements. Fortunately, the work was completed with no issues and Monett Metals shipped the order as required for the unveiling of the monument. While Mike humbly commented, “I don’t actually know how we were picked for this job. I’m definitely grateful for the opportunity we were afforded.”

We know their dedication and care for their work made them the perfect team for the project.